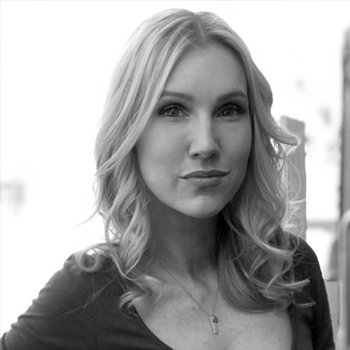 A 2019 Independent Spirit Award nominee, Liz Cardenas is a creative producer, writer/director and actress and was named to the 2019 LATINXT, a highly-curated list of emerging Latino creators from an initiative by Zoe Saldana, Robert Rodriguez and Lin-Manuel Miranda. Notable producing and acting credits include Augustine Frizzell’s NEVER GOIN’ BACK (Sundance '18), starring Maia Mitchell, Camila Morrone and Kyle Mooney; David Lowery’s A GHOST STORY (Sundance ‘17), starring Rooney Mara and Casey Affleck (both A24 films); and Daniel Laabs' JULES OF LIGHT ∓ DARK, Outfest 2019 Best US Narrative Feature. Under her Ten to the Six Pictures, she had two films set to premiere at Tribeca 2020 and has a slate of four features in various stages of development and production. A former journalist for The Dallas Morning News, she’s written and directed two award-winning short films and co-created a series of successful children's films sold around the world. Based in LA, repped by Authentic, she considers Texas home, where she was raised by her Hispanic father, who immigrated to the US from Mexico, and Irish-American mother.

Liz will be speaking in our Producing, Film Finance, and Writing workshops. Check her schedule at Sched.com